A project to develop modern national literature for adults and children

The Russian Literary Award “The Big Book” was established by the Center for the Support of Domestic Literature in 2005, when the country that was once reading the most globally faced clear problems with modern national literature. The evolvement of new market-based economy in the 1990’s among other things had an impact on the publishing business. Changes in the society have hit foremost the country’s contemporary prose and poetry.

For publishers and retailers, quality literature was less profitable compared to slick fiction: yellow-back and detective stories were selling well and required almost no promotion or publicity expense. When it comes to serious reading, in the 1990’s the market was flooded with previously forbidden Soviet and international literature that was earlier available only to a limited number of readers and only in the form of underground press. Therefore, people were eagerly buying books that were inaccessible before and paid very little attention to contemporary authors. Having no investments and ability to reach the audience the latter remained little known.

The situation with children’s literature was less difficult but in this segment, new authors were not much welcomed as well. The following stereotype dominated: “Good books were written by Russian classics and Soviet authors, and you should not waste time on contemporary literature.” However, Russia always had plenty of talented writers that just needed some help to find their audience. This was the idea behind the foundation in 2010 of “Kniguru”, an all-Russian competition of the works of literature for children and teens. Its distinctive feature (compared to all other literary awards) was the most open and numerous jury of youngsters: works were evaluated by readers, aged 10 to 17 from all over the world.

Therefore, the Big Book and “Kniguru” awards had the goals of finding and recognizing authors capable of making a notable contribution to the Russian culture, increasing social importance of modern literature, attracting readers’ and public attention to this literature. 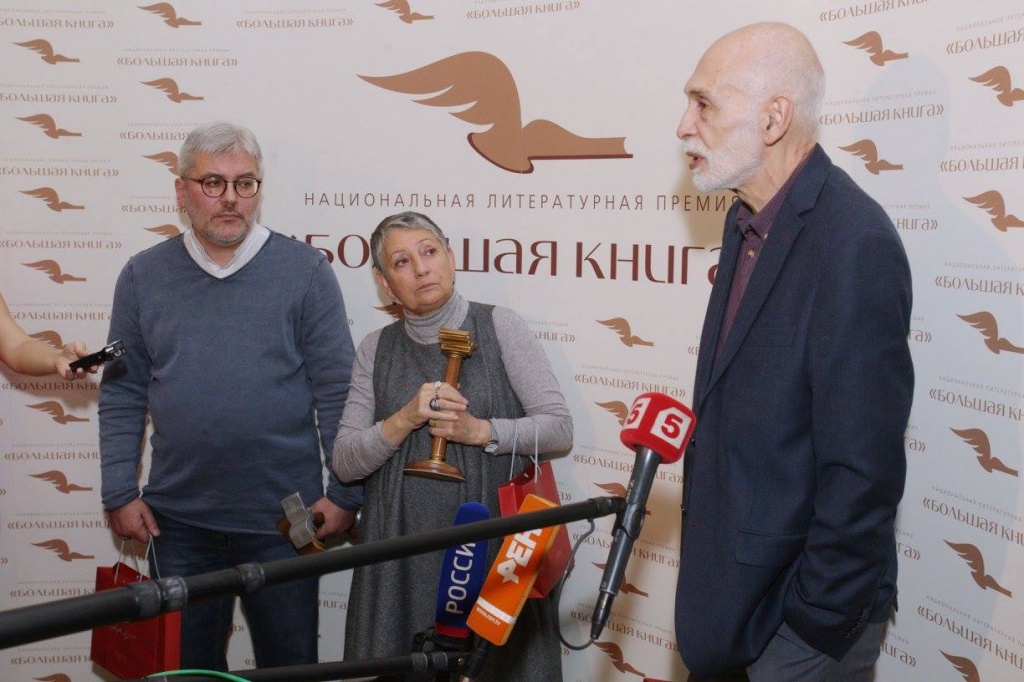 The goal of the communication strategy was to establish the brand of modern national literature that encapsulates the best traditions of literature classics and reflects the present-day developments.

The creative concept was based on a portrait of a modern reader and his/her habits with the focus on both what they read and how they read. It took into consideration the format of books (traditional paper-based volumes and modern gadgets), as well as active communication with authors and among readers.

“Besides the main goal of supporting writers and literature, the Big Book, in my view, has another important objective: restoring interest in reading. It concerns mainly the generation that understands ‘reading’ as ‘reading friends’ newsfeed’. Clearly, you can reach this goal only by giving this generation an opportunity to read in a way they find most convenient for them: online, in their smartphones or tablet PCs,” said Vladimir Kharitonov, member of the award’s literary academy, Chief Executive of the Association of Online Publishers.

Today’s audience values interactivity and feedback: discussion of books, ability to leave a comment or ask the author directly. This fact was taken into consideration in designing all promotion and publicity tools.

Therefore, the communication strategy was based on the integration of traditional and contemporary communication platforms that allowed creating a geographically unbounded community of Russian-language literature fans across the globe.

Books of the nominees were published on some of the most popular resources, including Bookmate.ru, Litres.ru and Readrate.ru. These works were available for download and public evaluation even in the public transport with the use of QR codes.

We secured maximum engagement of the audience by offering one-click voting. Users only had to leave a like on the participating book’s page and Facebook counted all votes and scores. The same principle was used in the reader’s online services. Meanwhile, the “Kniguru” website had a competition of reviews and feedbacks.

We created the environment for communication between readers, writers and publishers in the social media (Facebook, VK, Twitter, LiveJournal), during online and offline press conferences, meet-the-author events at international book fairs (including the Non/Fiction Book Fair), at bookstores, universities, in libraries in Russia and globally. Geography of the events covered over 20 regions of Russia and 19 countries (Germany, USA, Canada, Japan, China, etc.).

As part of the “Meetings in Provinces” project, writers regularly visited most remote parts of Russia and talked to readers. Celebrity actors and authors themselves did special public readings of the nominated books. However, 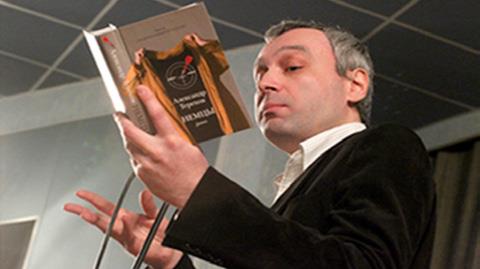 However, exposure to literature could not be limited by geography and timing of the meetings and festivals. To make the process ongoing, multistage trainings in online and offline promotion of contemporary literature were organized for teachers and librarians among other things.

Together with the “Rossijskaya Gazeta” Publishing House, The Big Book newspaper was published, presenting the latest news and covering the most important events in the world of literature. 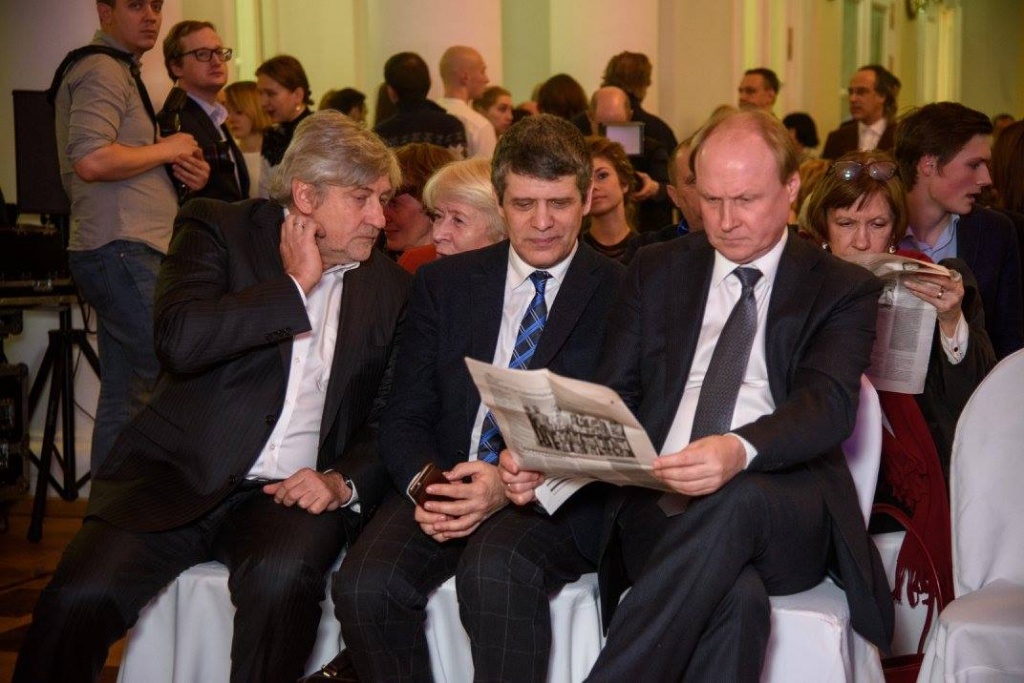 All events of the awards were held in iconic locations with participation of famous figures from the world of theater and cinema (announcement of the long list in the Alexander Pushkin Memorial Apartment, talks in the Russian State Library, Literary dinner in the GUM department store, the award ceremony in the Pashkov House, etc.). 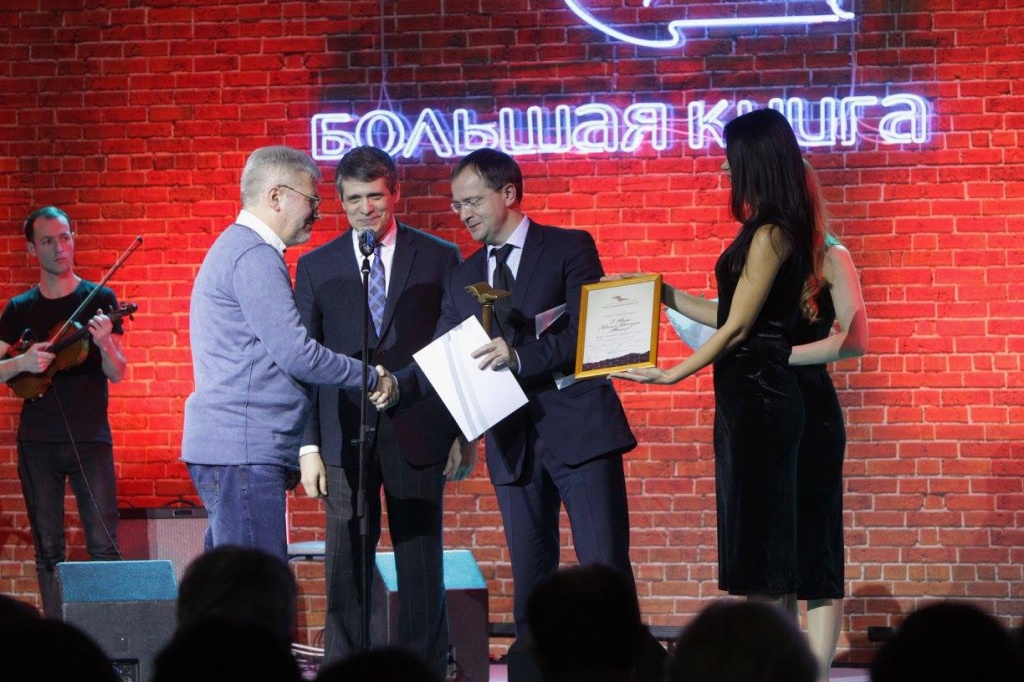 In 2015, the anniversary year of the award, a special series “The Big Book” was published in cooperation with the Ripol Classic Publishing House. It included works by finalists of the awards and Russian-language authors from all over the world.

Over 500 key international media provide coverage of the awards’ events. They are broadcasted by the top TV channels (Channel One, Rossiya 1, Rossiya 2, TVC, Channel Five, Kultura, OTR, ORF Austria, others). Broadcasts and reports are followed by hundreds of millions of Russian modern prose fans, located in many different parts of the globe. Years to date, authors from 40 countries submitted over 900 applications. Over 300 000 readers took part in the public voting. Every book that won a prize was translated in 16-25 languages; 9 mln pages of nominated works were read just on Bookmate.com. Readers from 129 countries of the world took part in the project. 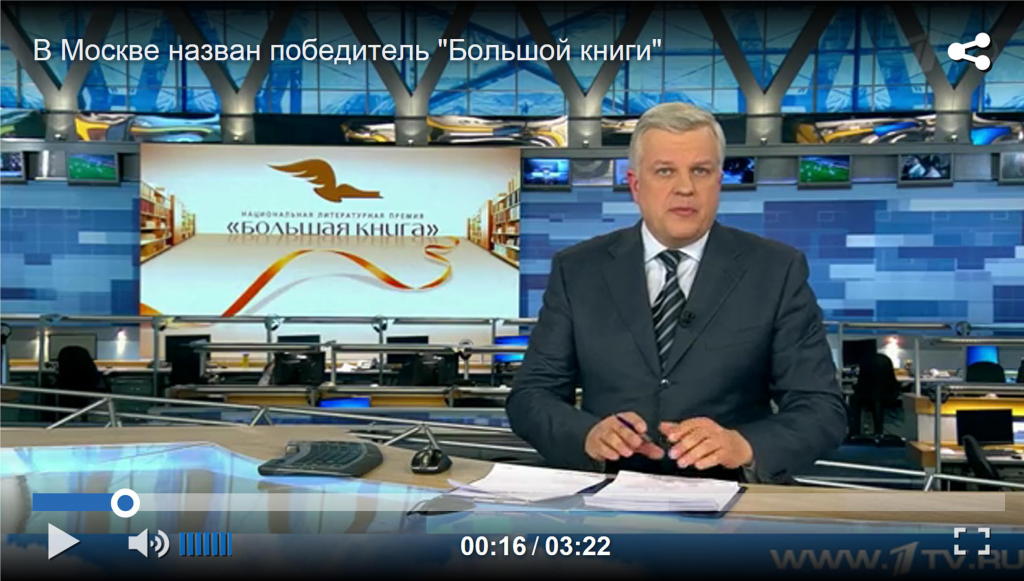 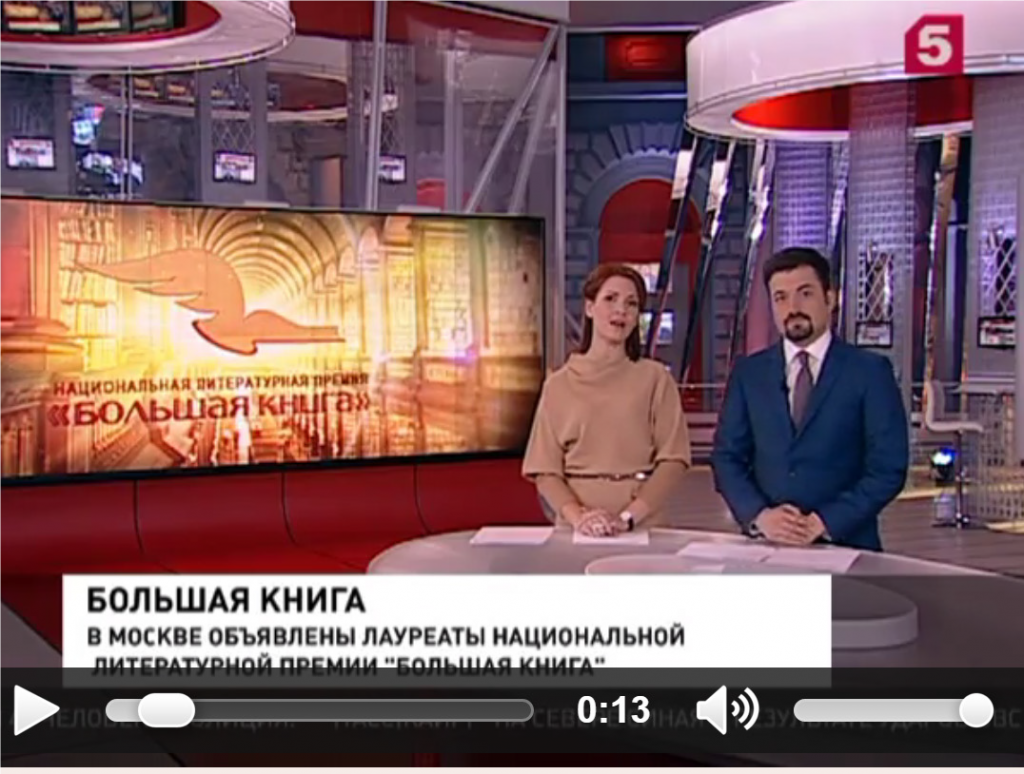