THE RACE OF DRONES

M.Video, a Russian electronics retailer, came to CROS.Marketing with a request to organize a promotion event in a new format, which would attract attention to the brand, increase its audience and turn the drawing of bonus rubles into a spectacular performance.

The project won the IPRA Golden World Awards 2018 in the nomination “Consumer PR” and Eventiada Awards 2017 as “The Most Innovative Campaign in Approach and Tools.”.

M. Video needed an outstanding and catchy short-term campaign that would help support interest in the brand and stimulate sales of seasonal goods during the summer drop in consumer demand.

The retailer’s strategic approach is based on finding the hottest topics relevant to the target audience. One-time communication campaigns that help focus on specific product categories and attract the maximum number of customers become the most effective solution. M. Video offers the audience various activities, taking into account their interests and current trends.

One of the main goals of the agency was to develop the most transparent bonus drawing mechanics in order to engage M.Video’s both loyal and new customers.

The concept was based on the company's commitment to technologic advance and innovation.

M. Video launched a large-scale campaign “The Race of Drones” with the prize fund of 30 mln bonus rubles. The idea was simple but fun. In order to participate in the drawing, one had to pay for a purchase on the mvideo.ru website or in M.Video stores using his or her bonus card, register the sale bill on the project’s website dron.mvideo.ru, and place a bet on one of the teams. Bets were calculated in real time. Based on the results of the final race, the prize fund was split between all registered participants who made bets.

To attract the maximum possible attention to the drawing, the project team invited to “The Race of Drones” mentors – professional racing drone pilots, and four celebrities who had never run a drone before – actress Yulia Topolnitskaya, showman Mikhail Bashkatov, Olympic champion Adeline Sotnikova and popular YouTube blogger Dmitry Maslennikov. Thus, four teams took part in the race, each consisting of a mentor and a celebrity. Participation of the latter significantly increased the potential audience of the campaign. 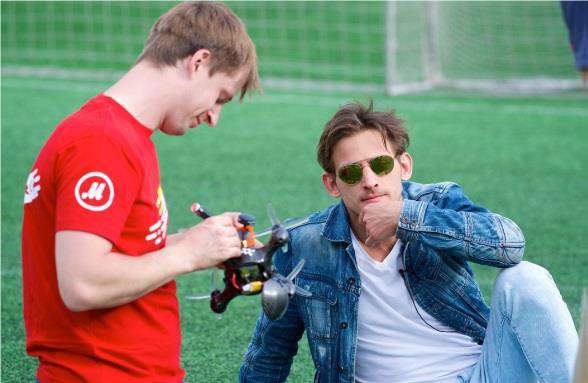 A big challenge for CROS.Marketing was to engage professional racing drone pilots. They were taking part in such a project for the first time. Thanks to the mentors, celebrity participants turned from beginners into real professionals in a very short time.

Throughout the campaign, the CROS.Marketing team posted on the project’s website videos with the participants’ practice sessions. Four weeks in a row, people were following celebrity pilots’ training in running drones and honing their skills. They assessed their chances of winning to determine who they should bet on. This fueled interest in the final race. 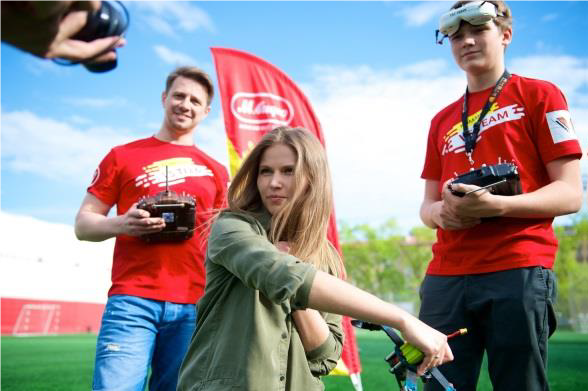 “The Race of Drones” finals and the drawing of 30 mln bonus rubles were held in Moscow. Four teams came face to face to find out who would be the best. A special race track was built for the event, which met all the requirements for professional competitions. International referees and a professional commentator monitored the observance of the rules and the fair play. 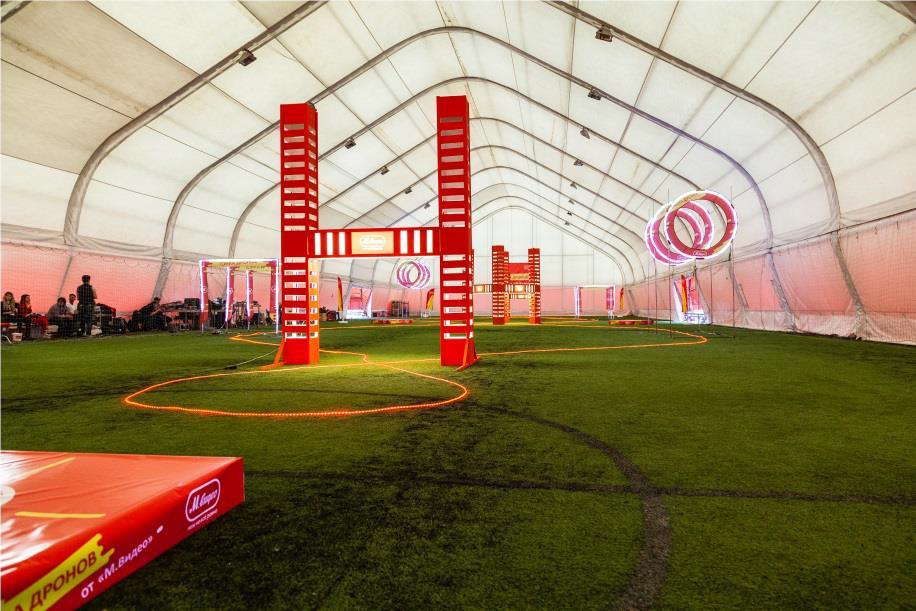 Using the FPV (first person view) technology, celebrity pilots controlled the drones with the help of special glasses, showing the image transmitted from the drone. Fans could follow the race both offline and online. Thanks to the advanced technologies, the audience could in real-time verify that all the rules were observed and was sure about the fairness and transparency of the competition results. 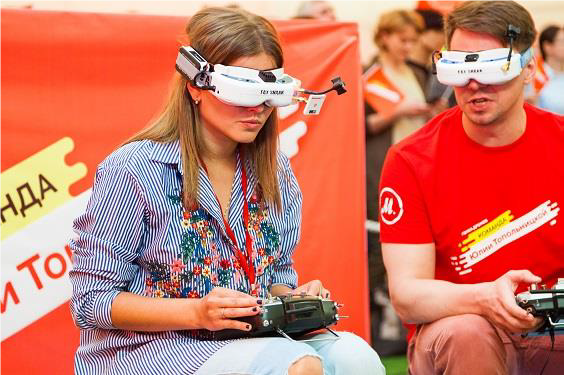 Live broadcast of the final race was available on dron.mvideo.ru and on M. Video’s official YouTube channel. All participants of the promotion campaign could watch the race wherever they were. The broadcast was made from 12 cameras. Thanks to the fact that five of them were installed directly on the drones, the audience could see the race through the eyes of the pilots. This created a powerful participation effect, while the world of sports got a whole new experience. 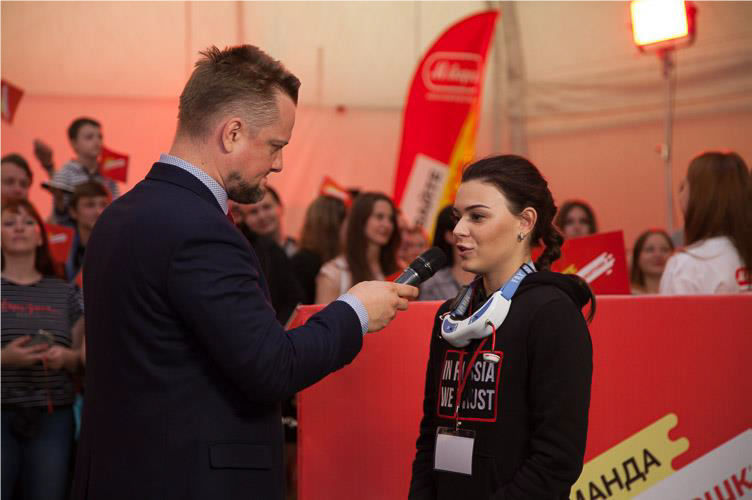 For the first time in Russia, a new event format – a competition of racing drones with the participation of celebrities and use of new technologies – was implemented at a professional level. The race was one of the first cases of live broadcast from drone cameras. As a result, people could watch the race through the eyes of the pilots in real time.

Absolute transparency of the race was secured by an integrated approach: technological design of the project, involvement of celebrities, and professional preparation of the competition.

“The Race of Drones” introduced the wider audience to a new development in sports and emphasized M.Video's focus on innovation.

Thanks to the new technologies, people from any city of Russia had equal opportunity to follow the prize drawing, even through the eyes of pilots with the help cameras on drones.

Over the course of the project, over 9 000 bets were made at the official website of the campaign. The mechanics of the drawing encouraged the audience to make more purchases at M.Video in order to increase the chances of winning. Attracting celebrities to the project, as well as promotion through the company’s website and social media increased traffic to stores by 4% and the number of bills by 5% compared to the same period of the previous year.

Moreover, an important result of the project was the absence of negative reviews and comments from participants of the campaign. 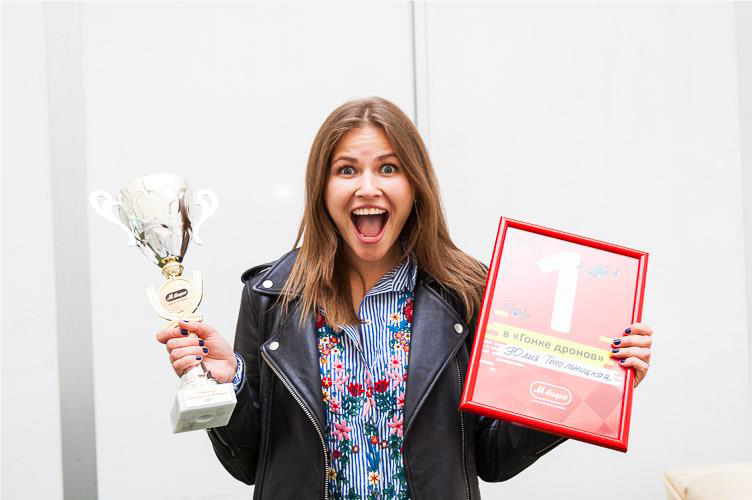