The “Art Urges” project for Boehringer Ingelheim (one of the 20 largest international pharmaceutical companies) competes in the Consumer Marketing nomination along with Burson Cohn & Wolfe, the Russian Export Center, R.I.M., Cadbury and Golin.

The project was designed to raise awareness about type 2 diabetes, which has been called by doctors the pandemic of the 21st century. The Pushkin State Museum of Fine Arts became a partner of the project: three virtual signature tours on the history of human development from the point of view of people's attitude to their health, perception of their body, lifestyle, and nutrition were developed basing on exhibits from the museum’s collection. The tours were such a success among the public that the organizers decided to increase the number of sessions so that everyone could attend.

The joint project by CROS.Marketing and CROS “Digital Rebranding of the Census” for Rosstat is listed in the Institutional Image nomination along with Rogalski Damaschin Public Relations, The Skills Group, UBS Switzerland and Farner Consulting.
The All-Russia Population Census is a large-scale state event held every 10 years. The census identity has always been conservative and has not changed for over 20 years. In 2021, for the first time in Russia, an online census will be held, covering a new, younger audience that are active Internet users. Such major changes required a complete update of the census image.

As part of the project, a national competition to create a new logo was held among the professional community. Over 3100 applications were submitted, 1289 were selected for the final contest.
The CROS.Marketing and CROS teams developed a completely new corporate style and identity, reflecting the current goals of the census. The project dealt with two key challenges: stakeholders’ involvement in the new format and getting a positive reaction from the general public: no articles with negative comments, over 300 articles with neutral and/or positive tone of voice.

The #ShowUs (#ПокажитеНас) project, developed for Unilever Russia’s Dove brand competes in the Marketing to Women nomination with Burson Cohn & Wolfe and Estée Lauder Companies.
The project aims to fight the longstanding stereotypes in the media and advertising industry of how a woman should look. Dove advocated that photographs of real women, created within the #ShowUs campaign, should be used in the media and ads, while opinion leaders created a trend for diversity in the perception of the beauty, images and lifestyles of modern women.
A global research by Edelman Intelligence, which also covered Russia, showed that 61% of women in Russia do not see themselves represented in the media and ads and thus do not feel any association with the advertised products and services. 71% would like the media to broadcast a diversity of images - women of all ages, races, and looks.

The SABRE Awards is the world's biggest award recognizing excellence in public relations, branding, reputation management and ad integrations. It is organized by PRovoke Media, a provider of comprehensive reports on international trends and developments in the PR industry. The shortlist for 2021 SABRE Awards EMEA includes around 400 projects and campaigns, selected from over 2 000 applications from around the world. 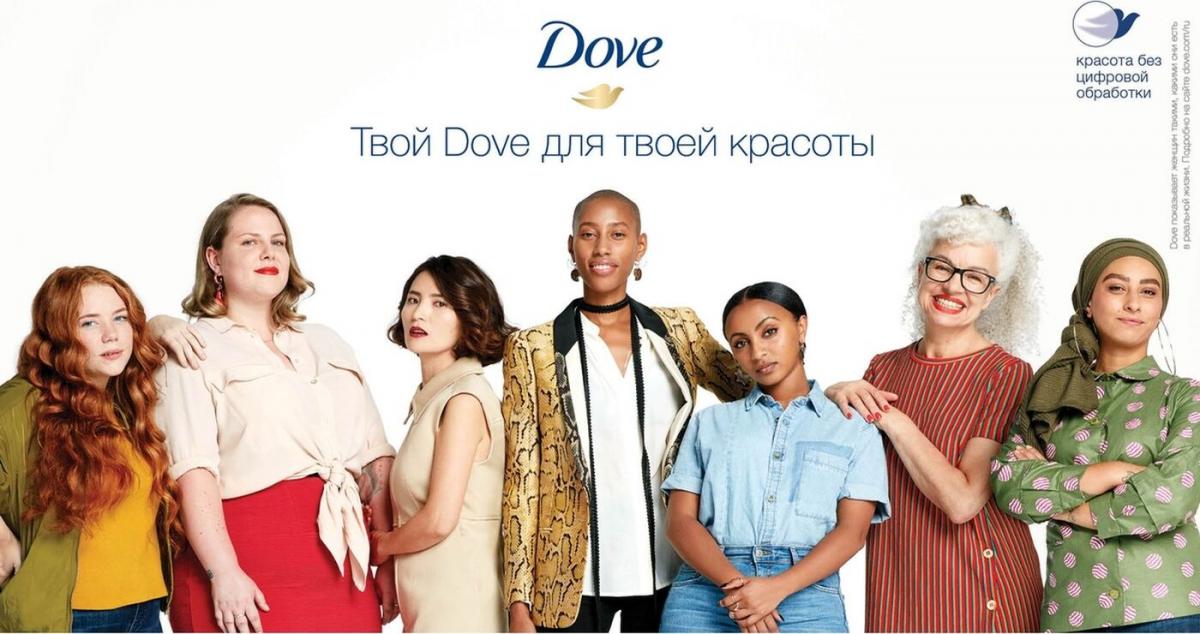