In 2016, the Moscow office of Gedeon Richter, a Hungarian pharmaceutical company, and CROS launched a large-scale social project “Women’s Health Week”. It was designed as a series of events aimed at attracting the attention of Russian women to reproductive health.

The communication project was recognized as one of the most notable on the Russian pharmaceutical market and received a number of national and international public relations awards: IPRA Golden World Awards 2017 and Gold Quill Awards 2017 (Merit Award) in the “Corporate Social Responsibility” nomination, three top prizes of PRGN Best Practice Awards 2016, Eventiada Awards 2016 in the special nomination “Best Healthy Lifestyle Project/Organization”.

What is the success secret of the project that has received such a great recognition from experts? What ideas formed the basis of the PR campaign? Learn from the case in which Gedeon Richter teaches Russian women how to take care of their health.

HOW THE PROJECT WAS BORN

Caring for women’s health is one of the main priorities of Gedeon Richter. According to the US information and analytical agency IMS Health, it is one of the top three global manufacturers of drugs used in gynecology.

The main problem that the company faced on the Russian pharmaceutical market was the distrust of patients towards medical workers. This fact is confirmed by research: according to a survey of the Public Opinion Foundation conducted in 2014, only 8% of Russians trust recommendations of doctors. Moreover, Russian women are not used to regular visits to a gynecologist and having the necessary check-ups, they are afraid of being prescribed expensive diagnostic procedures and ineffective drugs. Many women are also embarrassed to openly discuss sensitive health-related issues with doctors.

The situation is complicated by the availability of information about self-treatment with folk remedies. Many still believe that hormonal drugs harm women’s health. All this leads to the situation when women often use the wrong drugs and come to the doctor only with an extensive-stage disease. It was necessary to radically change the state of things and to give women complete information about prevention of the reproductive system diseases.

The goal of the project was talk about the most common gynecological diseases in an easy way, and to convince women to have regular preventive check-ups with a specialist. Gedeon Richter took on the role of an expert in the field of women’s health.

The campaign organizers developed a comprehensive program of events within the social project “Women’s Health Week”. The project was designed for women of reproductive age (18-45) and gynecologists. Gerbera was chosen as the symbol of the project as a flower symbolizing love, respect, admiration and appreciation. Detailed information about the program was published on the official website of the project.

A hotline and online consultations were organized, allowing over 500 women to ask gynecologists about their reproductive health and to receive qualified answers. The campaign was held on www.week4woman.ru andwww.woman.ru websites, as well as in the Moy Rayon newspaper.

The first exhibition of women photography “World through the Women’s Eyes” in the heart of Moscow on Tverskoy Boulevard was held with support from the Moscow Department of Culture. Special projects were also organized with popular online resources and in the media. 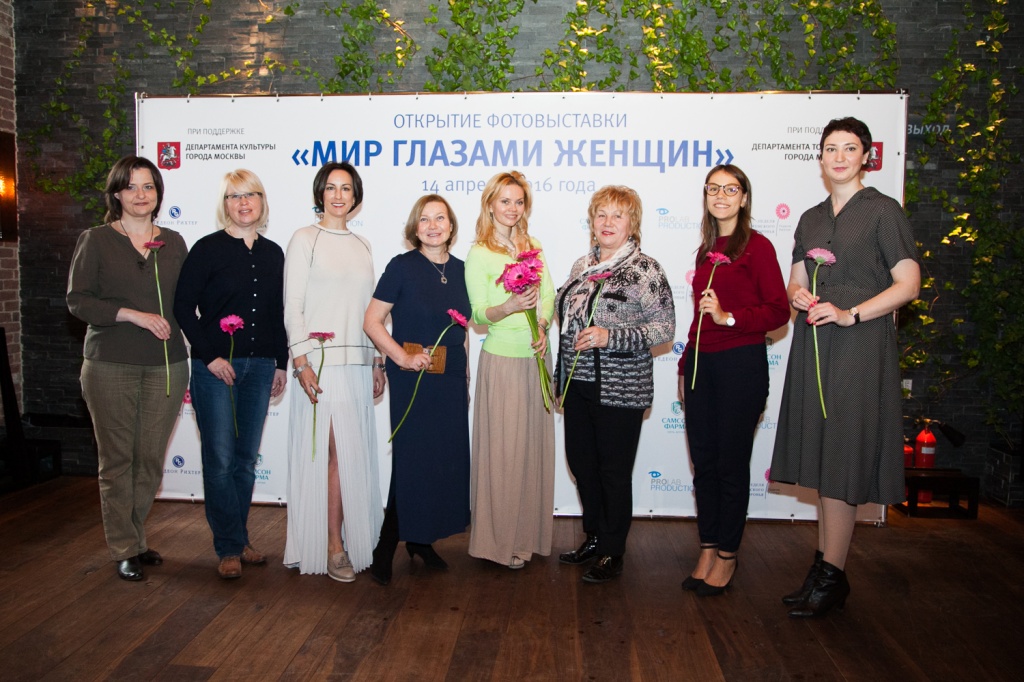 The Russian Public Opinion Research Center (VCIOM) released the first national research on the women's preventive health care – Gedeon Richter’s Women’s Health Index. The research results were presented at a press conference in Moscow. In partnership with Samson-Pharma pharmacy chain, a promotion campaign was held during which colorful gerberas and informational leaflets on women’s health were presented to all pharmacy visitors.

All-Russian contest for journalists and bloggers “Women’s health. Everything you need to know about myoma” was held from May to October 2016 and became a new stage of Gedeon Richter’s large-scale social project. Over 55 materials from more than 15 Russian cities were sent to the contest and then published in the traditional and social media. Expert jury chose three winners who visited the company’s manufacturing facility in Budapest and met with its senior managers. The fourth winner, chosen by open vote on www.week4woman.ru , won a laptop. Events of the “Women’s Health Week” received broad media coverage with over 350 materials published during the campaign. Over half a million women visited the photo exhibition on Tverskoy Boulevard, over 10 000 received information leaflets in Samson-Pharma pharmacies. In total, over 20 million people took part in the program.

In 2017, the project continued. The second “Women’s Health Week” was held in three cities: Moscow, St Petersburg and Yekaterinburg. A special subway train was launched in the latter. Passengers of the St Petersburg metro were presented at the entrance to some stations gerberas, the symbol of women’s health. Flowers and informational materials were also distributed in the pharmacy chains Samson-Pharma, Ozerki and Zhivika in all three cities. 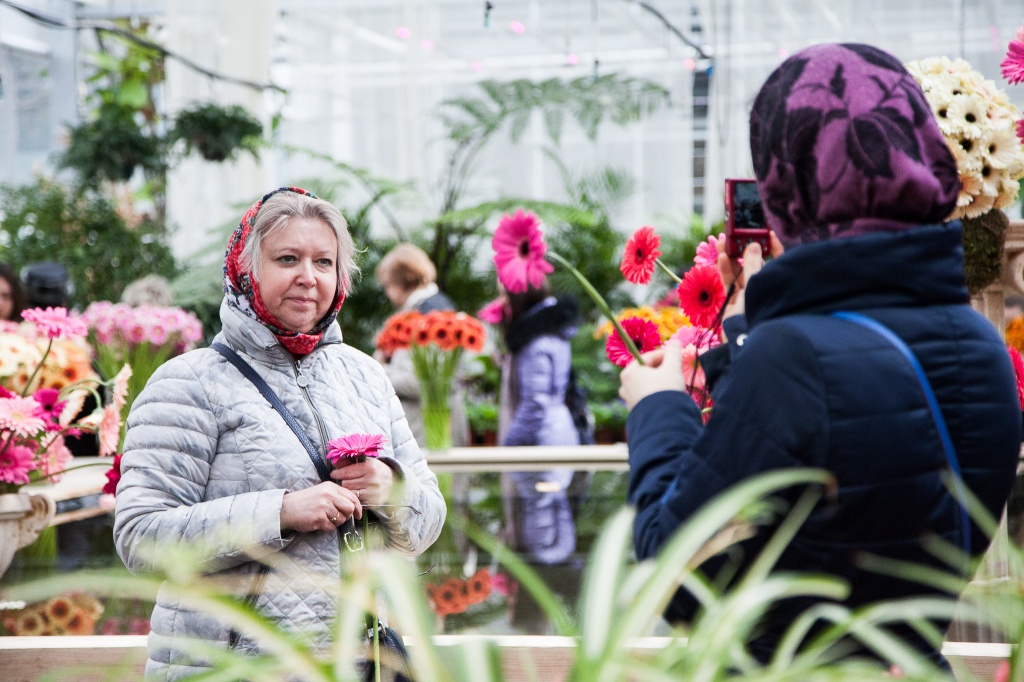 A flash mob on social media was held in support of the project. Its participants took photos with a gerbera, posted them on their Facebook or Instagram pages with hashtags #хочусказать (I want to say) and #неделяженскогоздоровья (Women’s health week), telling why it is important to regularly visit a gynecologist. All stories began with the words “I do it because...”. The flash mob was supported by well-known Russian actresses and TV presenters Evelina Bledans, Irena Ponaroshku and Anna Khilkevich. 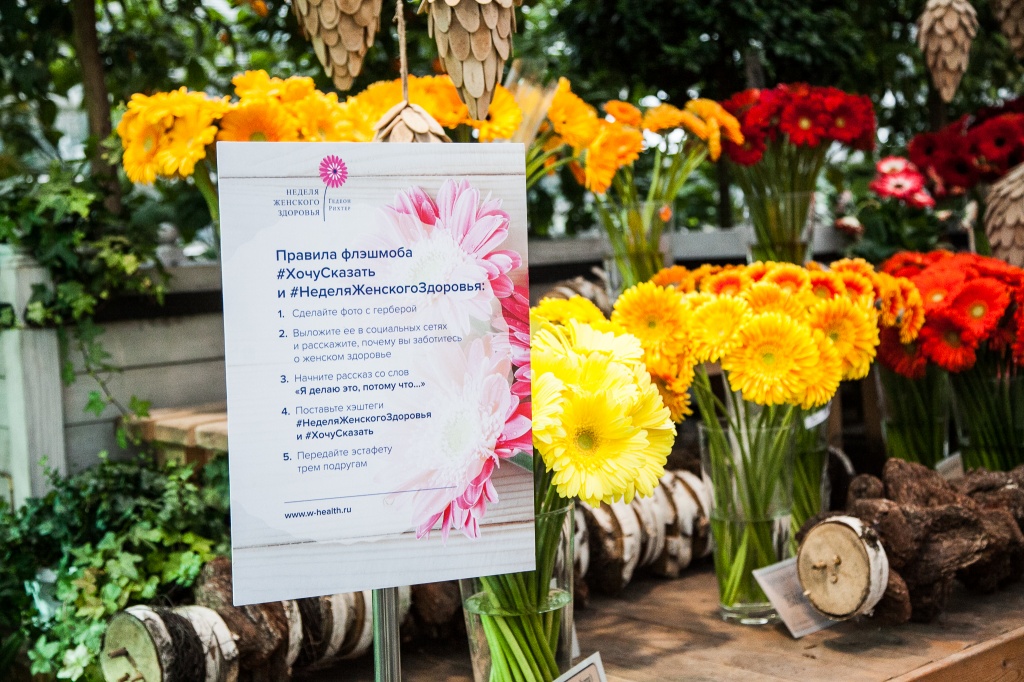 In 2018, the main theme of the project was the relationship between women's health and beauty. The project took place in seven cities of Russia: Moscow, St Petersburg, Yekaterinburg, Kazan, Yaroslavl, Perm and Samara.

At a brunch with a cosmetologist and gynecologist, popular Moscow beauty bloggers found out how much women’s beauty depends on the level of hormones, and how a specialist can help preserve attractiveness. Women from all over Russia could take part in the Instagram contest by posting a photo with gerbera (the symbol of Gedeon Richter’s “Women’s Health Week” campaign) or a selfie taken with a special mirror in shopping centers of the participating cities.

In 2018, the main event of the project was the signing of a letter of intent between Gedeon Richter and the State Hermitage Museum: the pharmaceutical company engaged in supporting scientific restoration of “women” exhibits of the museum, representing female beauty ideals of different epochs. 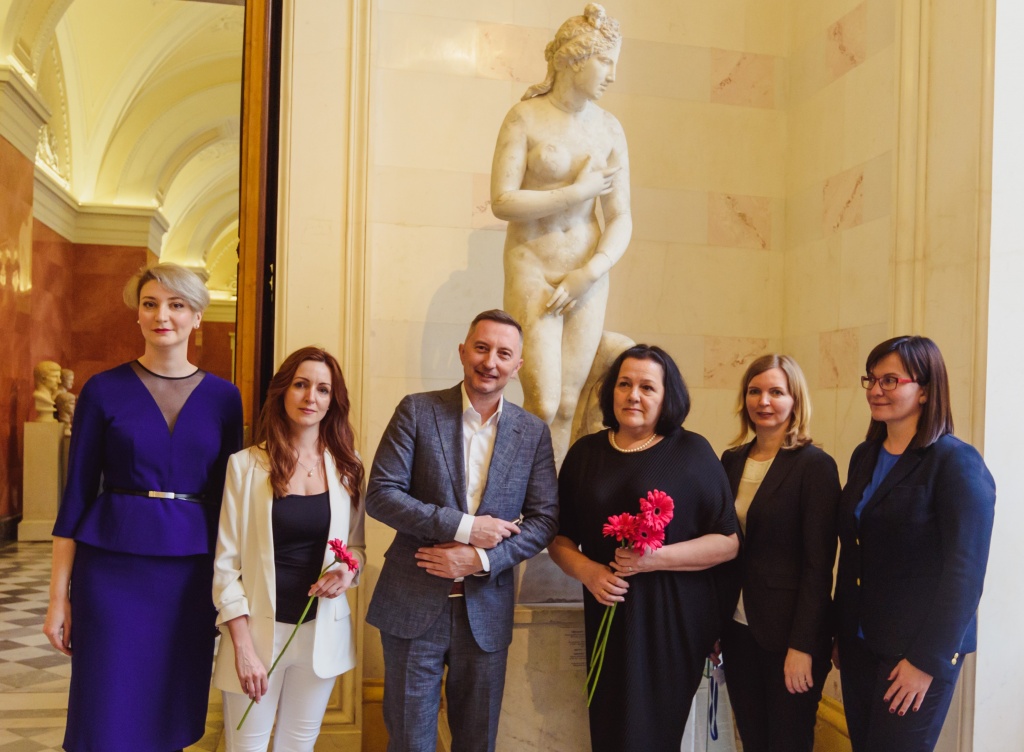 “Women’s Health Week” became Russia’s largest social project aimed at discussion of such a delicate issue as women's reproductive health. The campaign allowed the pharmaceutical company to emphasize its leadership in caring for women, their health and well-being. After all, this determines the health of children, families and the whole Russian society.